The shared taxi was supposed to pick me up at 9am and Lucas at 9:30am but he showed up an hour early. I was just waking up when he arrived and sort of packed. After rushing to get out the door I saw we would be sharing the cab with an Australian couple, Annie and Ryan.

I don’t know who was the most exhausted between the four of us but most likely Annie and Ryan since they were running on about an hour of sleep. I bought a bunch of bananas from a guy selling fruit on the street and we were off.

The cab driver Jarnis had a good tooth and was of course, blasting reggatone. It didn’t matter that it was 8am. After about an hour on the road he asked us if we would mind stopping at his house that was nearby so he could say hi to his wife. Sure why not? 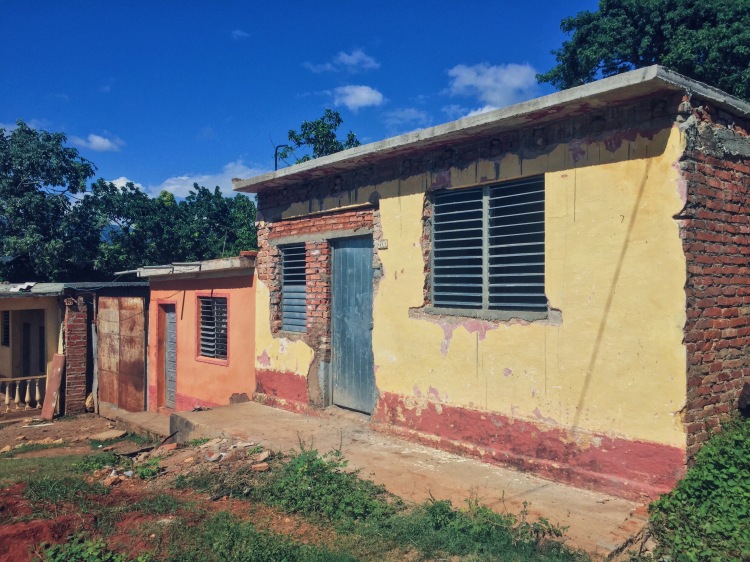 His home was located down a dirt road off the highway where he lived with his wife, daughter and his parents. We were only there for about 20 minutes. Enough time for me to use the bathroom and have his father walk in on me.

Back on the road to Trinidad, Annie and I were starving so we asked Jarnis if we could stop somewhere to eat. We pulled over to his roadside restaurant with huge portions. The four of us ended up sharing two dishes which was more than enough food.

There was a guy selling guavas and avocados right next to the restaurant. We purchased about 40 guavas, 4 avocados, limes and garlic for only $4 CUC from him. As we were getting ready to leave we saw a butterfly cocoon dangling from a tree. This caterpillar was about to turn into a butterfly, to spread its wings and take flight. Surely it was a sign of good luck.

Back into the 1950s reggatone machine and we were back on the road to Trinidad. As Jarnis was turning the car around to get back on the highway he most definitely ran over our friend in the cocoon. I’m not sure what that was a sign of.

Annie, Ryan, Lucas and I were becoming fast friends. When we got to Trinidad they decided to look for a casa close to ours and they ended up finding one just a few houses down. 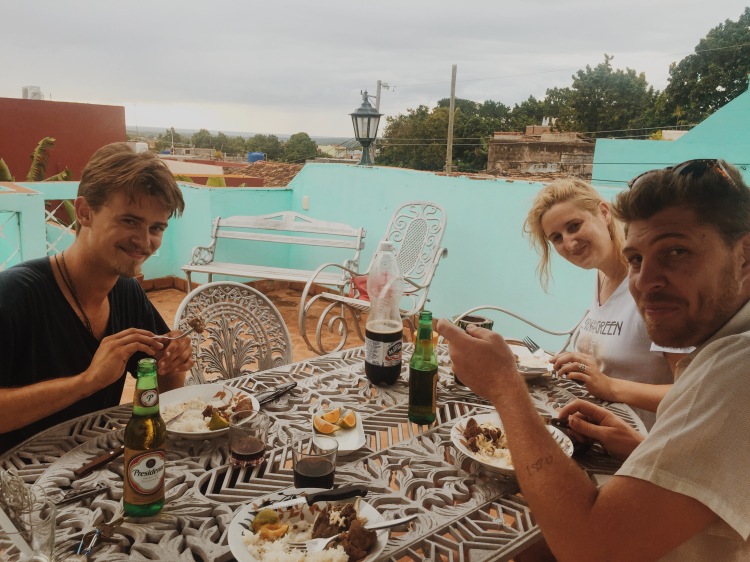 Exhausted and starving again we found a grocery store and ended up making dinner together which we enjoyed on our rooftop terrace. We could see all of Trinidad as we watched the sunset. It was a nice end to a day of travel despite the premature ending of our butterfly friend.